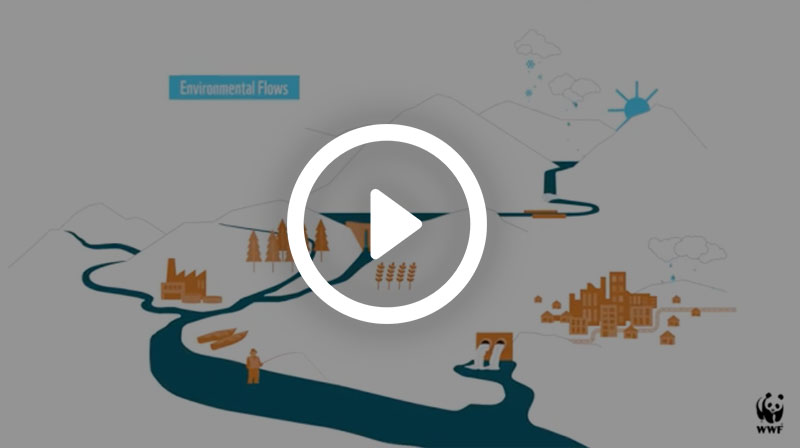 Groundwater: When precipitation percolates the ground surface and is not absorbed by plants, it becomes groundwater. It fills the cracks, crevices, and pores between rock and soil particles. Groundwater can eventually make its way back to the Earth’s surface by seeping into a spring, stream, lake, or ocean. Rocks that hold a lot of groundwater are known as aquifersAn underground layer of water-bearing rocks.. Aquifers can be composed of sand, gravel, sandstone, or limestone.

Lakes: Lakes are large bodies of water fed by springs, rivers, streams, surface runoff, groundwater, and precipitation, and are entirely surrounded by land. They can form where there is an interruption in water flow such as a barrier like a dam, however, many are formed by past glacial activity and surface water runoff. Lakes can form distinct layers with different characteristics (such as temperature or dissolved oxygen) that provide a habitat for organisms that differ from stream or river habitats.

Wetlands: Wetlands are an area of standing water (usually shallow) that contains cattails or other water-loving plants. They are often transitional lands between terrestrial and aquatic systems, and occur where the water table is at or near the surface. In order to be considered a wetland, an area must have one or both of the following:

Canada is full of lakes and rivers. The country holds 20% of the world’s freshwater!